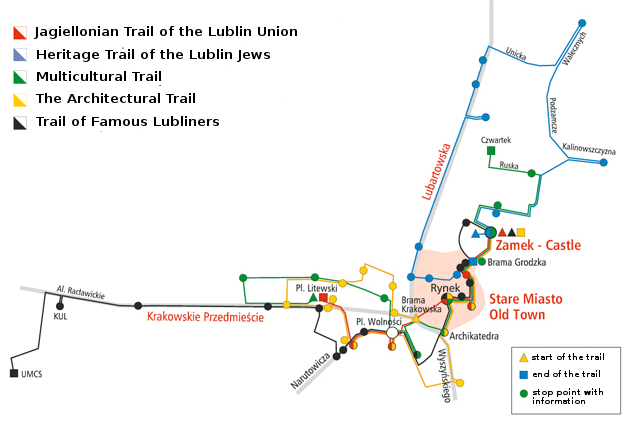 based on the map from http://lublin.eu

There are five trails that will lead you through the most important places in the city. Here you find short descriptions of the trails. More extensive descriptions you can find on the website of the city of Lublin: http://www.lublin.eu/en. 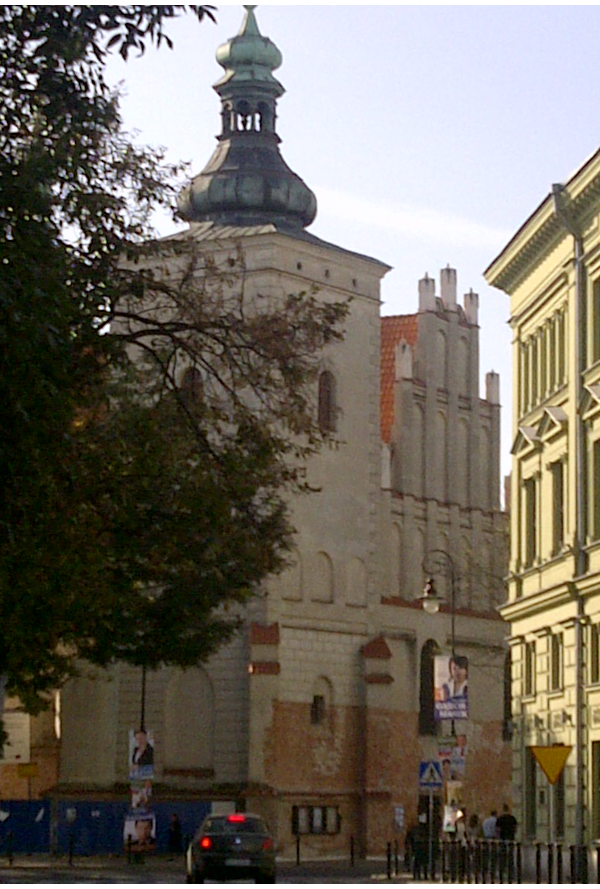 Lublin was located on the trail to Vilnius – it is a reason why the Jagiełło Family took Lublin under their protection and often stayed there when travelling. There are many marks of the Jagiellonian presence in Lublin. From the Castle (King Zygmunt Stary ordered the reconstruction of the castle) and the Holy Trinity Chapel covered with the Russo-Byzantine frescoes designated for the Orthodox church (thanks to King Ladislas Jagiello) to the former Brigittine Church of the Assumption of Virgin Mary the Victorious and the convent of St. Brigid (see the photo) funded by Ladislas Jagiello after the victory over the Teutonic Knights in Battle of Grunwald (1410) to the Monument of the Lublin Union at Litewski Square that commemorates the Polish-Lithuanian Union that was signed in 1569 in Lublin, giving rise to the Polish-Lithuanian Commonwealth. 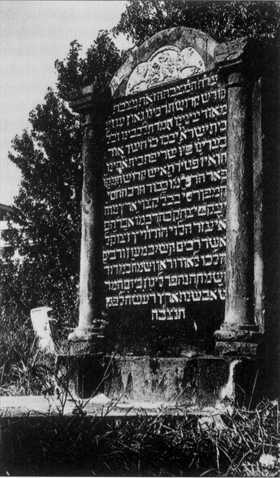 Lublin had a large Jewish community. The Jewish district sprawled mainly around the castle, along Szeroka Street (which doesn’t exist today). The Jewish community in Lublin was world famous, for its centre for Torah study. The most important building in the district was the Maharszalszul – the great Synagogue. Several prominent Jews lived in Lublin - Jakub Icchak Horowic (known as the “the Seer of Lublin”) was among them. He is regarded as the father of the Hasidic movement in Poland. Another famous Jew, Isaac Singer, the Nobel Prize winner and author of the play titled „Sztukmistrz z Lublina”, also came from Lublin. World War II brought about the extermination of the majority of the Jewish community in Lublin. Lublin Jews were transported to the extermination camps in Bełżec and Majdanek. About forty thousand Jews were killed there, which was 1/3 of the Jewish community in Lublin before 1939. Much of the Jewish material culture was lost during the Second World War as a result of the Nazis’ extermination and systematic liquidation of the entire Jewish districts, synagogues, and the cemetery sealing the doom of the Lublin Jews. Apart from the trail you can visit the former German concentration camp “Majdanek”

Because of location on the trading trail connecting Europe with Asia, Lublin became an important trading centre; its famous Jagiellonian fairs lured merchants from all over Europe, and even from the Ottoman Empire. Trade, skilled crafts and services also created favourable conditions for settlement. Ruthenians, Armenians, Germans, Czechs, Jews and Tatars began to settle in the city and Lublin became a melting pot of peoples, cultures and religions. Religious freedoms allowed the new multinational community to build many Orthodox churches and Jewish synagogues, and allowed them the ability to practice these various religions without fear of persecution. The trail leads through the mark of the multiculturality. You will find here: evangelical church, former Greek Orthodox church, the Transfiguration Orthodox Church, the obelisk commemorating the existence of the Great Lublin Synagogue Complex, Grodzka Gate: a border point between the Christian and Jewish parts of the city, and the most unifying place: the Old Town Market Square. The owners of the houses surrounding the square represented a wide spectrum of different nationalities including Germans, Jews, Italians, Russians, Armenians, Greeks, Hungarians, Frenchmen, and Scots.

The trail presents a limited choice of the most significant and impressive buildings in Lublin. You start with the architectural symbol of Lublin: the Krakowska Gate. I twas a part of old fortifications surrounding the Old Town which were built soon after the Tartar invasion in 1341. Passing the gate you see the picturesquoe Old Town with its  original, medieval layout of richly decorated tenement houses and narrow lane, where architecture monuments from various epochs can be admired. The ones particularly worth noting are: the richly decorated Renaissance tenement house of the Konopnica Family at 12 Old Town Market, the Klonowica tenement house at 2 Old Town Market, and the tenement house of the Lubomelski Family at 8 Old Town Market. There are also two hotels: Lublinianka Grand Hotel (the former seat of the Bank of Lublin Industrialists) and the Europa Hotel along the trail. You will also see the Juliusz Osterwa Theatre (build 1884-1886). Finally there are 11 churches representing such architectural styles as: Gothic, Renaissance (esp. co-called the Lublin Renaissance), Baroque, Neo-gothic. The trail ends in the Lublin Castle.

Black signs, 16 stops, 3-4 hours
http://www.lublin.eu/Trails_Of_Famous_Lubliners-1-804.html
It is enough to name the famous Lubliners to describe the trail. Lublin is shown as a place of their birth, life, work. King Casimir the Great, King Sigismund Augustus,  King Ladislas Jagiello are connected with the Castle. The famous Polish writer – Jan Długosz also resided at the castle. Jacob Isaac Horovitz-Sternfeld (“The Seer from Lublin”); Józef Ignacy Kraszewski, Wincenty Ferreriusz Pol, Jan Kochanowski, Józef Czechowicz - Polish writers and poets; .Stefan Wyszyński, Primate of Poland and Pope John Paul II – lecturers at the Catholic University of Lublin; Henryk Wieniawski – violinist and composer. Finally, the trail ends at the Maria Curie-Skłodowska Square, at the moument of Maria Curie-Skłodowska, patron of the university which bears her name.

<< Back to Lublin and Region

Patronage: Marshal of the Lubelskie Voivodship